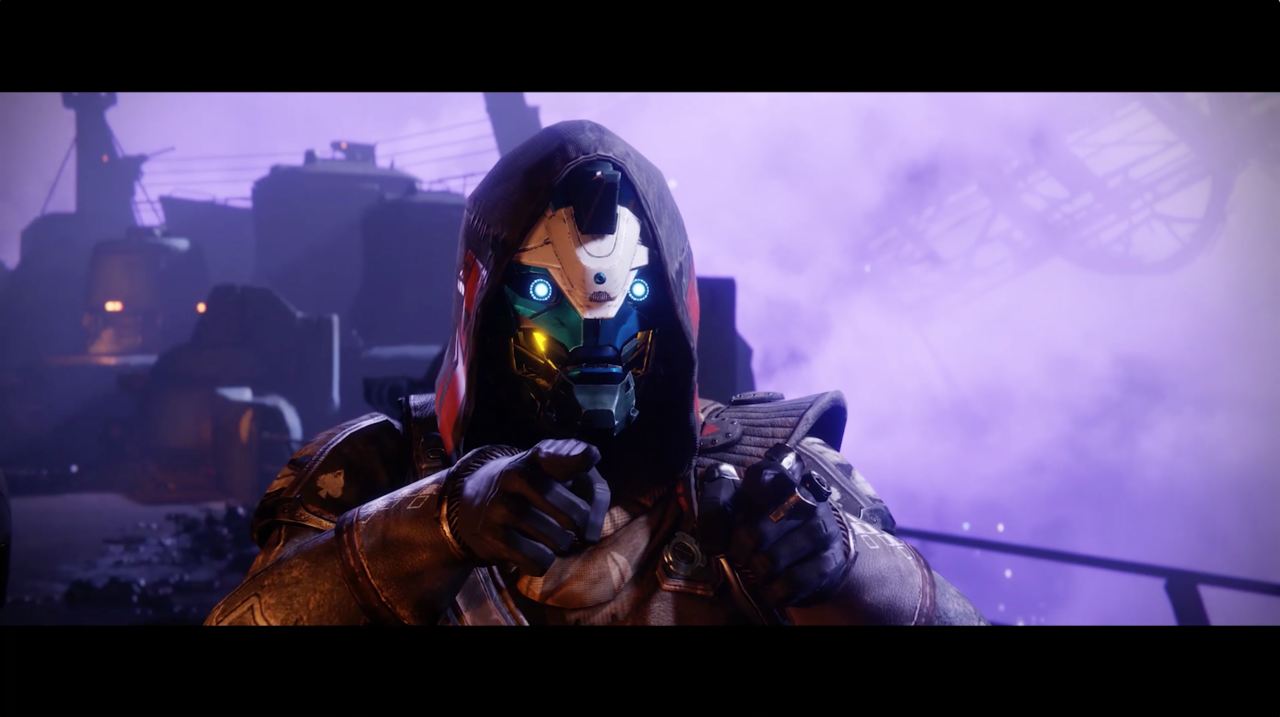 Even three weeks after launch,

Most of the main story missions take place in a new destination, the Tangled Shore. Each of the Barons has their own personality traits, with some being especially memorable; the Rider rides around on a souped-up Pike and cackles as she takes shots at you, while the Trickster’s mission is littered with bombs that look like engrams. A new vendor named Spider (a Fallen mob boss you’re forced into an alliance with against the Scorn) adds more color to these missions, too, manipulating you into doing his bidding around the Tangled Shore as you go.

The entry-level portion of the game can take 10 or so hours with some grinding in between, depending on whether you go solo or with a Fireteam of one or two others. Once you finish that campaign, you unlock the second destination, the Dreaming City. The level requirements jump quite a bit, which means a good amount of grinding–completing Weekly Challenges for Powerful gear–to get there. Depending on how dedicated you are, this can either be a laid-back process over time or a grueling one over a few days.

As is the case with Destiny 2 in general, the strength of its shooting mechanics and the lure of new weapons and armor help to offset the repetition inherent to the mid-game grind structure. If you don’t mind taking things slightly more slowly, you also don’t have to do any weeklies you find tedious, like replaying old story missions. It is a bit weird to go back to older content, like Strikes, where Cayde is still alive, but it’s easy to overlook in a game where you can kill the same bosses over and over.

The standout addition to the rotation is Gambit, a part-PvP, part-PvE mode that has you competing with an enemy team on mostly separate maps. Your main goal is to kill AI-controlled enemies, collect the motes they drop, and bank those motes to summon a final boss before the other team summons and kills theirs. Along the way, members from each team will have the opportunity to invade the other map and score PvP kills to screw with their opponents’ progress. It’s a creative combination of Destiny’s various existing modes, and having to juggle both your side of the map and the other team’s progress–and frantically trying to hide when an invader comes–makes for hectic matches that are consistently fun with or without friends, as well as a great way to level up regardless of your commitment.

When you complete the campaign, you also get the Cayde’s Will quest to unlock the Exotic hand cannon Ace of Spades. The quest takes you from Gambit to the Crucible to Strikes to a few different planets, mostly using hand cannons, and then finally to a story mission. We won’t spoil it here, but it’s a smart end to the quest, pairs well with the main story, and raises intriguing lore questions. Ace of Spades itself is also just a worthwhile weapon to get; it packs a serious punch and has an entertaining reload animation to top it off.

After about a week of playing and leveling daily, I was in good shape to tackle what the Dreaming City has to offer. It’s a gorgeous area, with gleaming bridges and sparkling crystal structures. It’s also full of Taken, and different portals can take you to different planes–even after three weeks and content that unlocked after the Raid was first completed, it still has an air of mystery about it. There’s also more content that was released even after the post-Raid unlocks, and it may continue to refresh as the weeks go on.

Even after three weeks and content that unlocked after the Raid was first completed, the Dreaming City still has an air of mystery about it

The Dreaming City’s two main activities are the Blind Well and the Ascendant Challenge. The Blind Well is a high-level horde-style public event that comes in a few tiers of difficulty. Even if you’re with a Fireteam, you’ll likely have to wait around a bit for a few people to show up before you can start the harder tiers, and then you have to hope they know what they’re doing. It’s frustrating when you’re not gelling with randoms and end up failing, but it’s extra gratifying when you do sync up with a group and complete the higher tiers. The Ascendant Challenge, on the other hand, is not public and is best tackled with a Fireteam. It changes each week (so far) and can include things like platforming activities or challenging boss fights in a creepy, Taken-filled alternate plane.

Completing both nets you a few pieces of high-level gear, which is always a strong incentive this close to the endgame. But even three weeks after launch, it was difficult to get a Raid crew together. Three of us were playing and leveling at a fast pace (the highest was 568, while myself and one other person were hovering just below 550), two were playing relatively often between other work duties (both around 535), and one was splitting time between PC and PS4 (and was severely underleveled at 513 but powering through it admirably). We were able to take on the first encounter of the Raid, but the severe spikes in level requirements nearly made it impossible. Like other Destiny Raids, though, the communication, teamwork, and skill required to succeed makes for an intensely satisfying experience. It’s just frustrating that it’s been such an uphill battle to get there.

There is a lot to do in Forsaken, so much so that it can be difficult to see it all. That also means that, for the average player, this expansion has a much longer tail than previous iterations of Destiny 2. The variety and flexibility of activities established in the base game still work to make grinding a good time, and Gambit adds a consistently entertaining mode to the roster. The endgame, while difficult to reach, is also where the most satisfaction can be found.

Dragon Ball FighterZ Review: The Fast And The Furious