Transference Review - In Another World 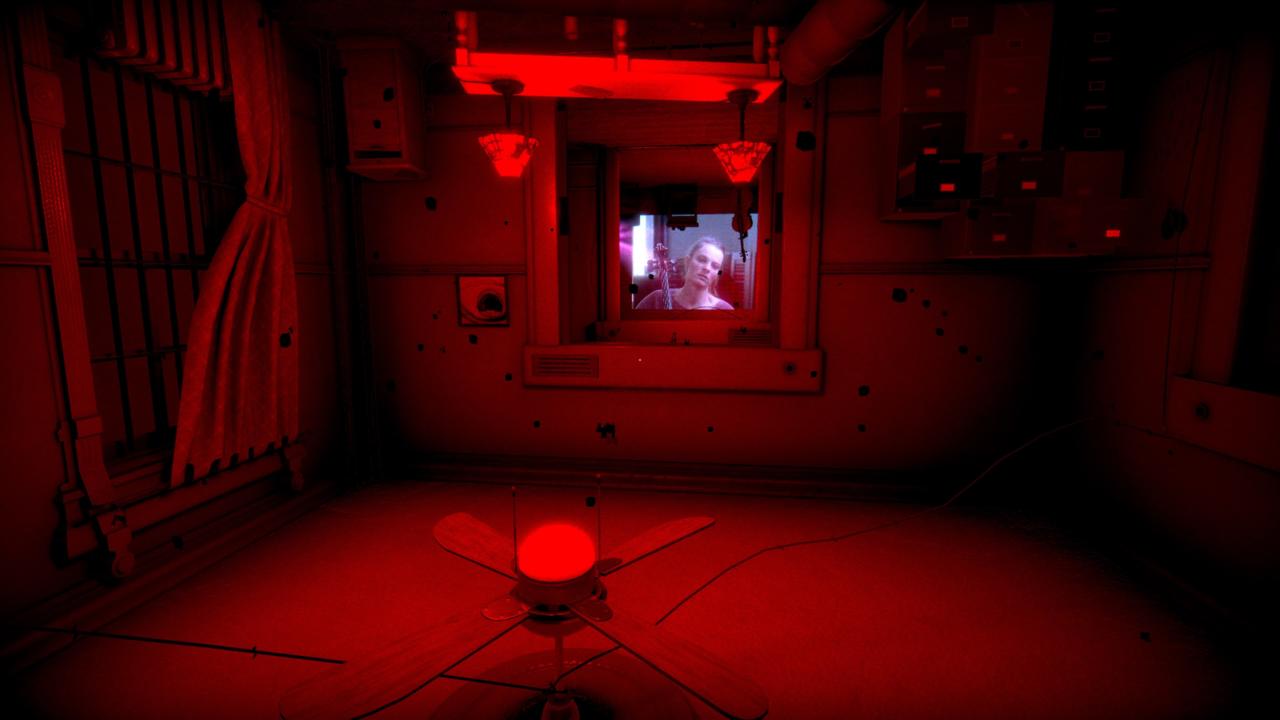 The pursuit of immortality has several avenues, but

Intriguing puzzles within the confines of the cramped apartment move Transference’s story forward. The ability to swap between different perspectives using light switches provides the crux of their construction. A radio, for example, might need to be tuned to specific frequencies across two different realities to relay a cohesive conversation. Keys for locked doors might be in one space and required in another. Exploring each version of this apartment is crucial to unravelling its puzzles, which evolve from simple find-and-fetch exercises to more perceptive challenges that test your attention to smaller details.

Each character has their own version of reality that populates the apartment. Benjamin’s world feels lonely, with scribbles of his dog across some walls and numerous academic accolades hidden around the house. Katherine, on the other hand, envisions herself in a prison; the apartment’s wooden doors change to more oppressive metal sliding doors, while pictures of cages are strewn across the walls to replace the whimsical scribbles of her son. Raymond’s singular focus on his work unsurprisingly dominates his own reality, with only small slivers of his family life shining through his obsession with success.

These visual cues help you quickly piece together the troubles the family was grappling with before becoming trapped in a false reality, and it’s clear there’s substantial neglect, depression and domestic trauma lurking throughout. It’s effective to see how each character paints the same reality in their own way, which is built upon with numerous FMV video logs that are strewn around the house for you to view. They obscure answers to the exact events that preceded their current dilemma, but each new titbit paints a grimmer picture of a sorely splintered family.

Strong performances from the limited cast ground each FMV sequence, which helps mitigate the jarring switch from gameplay. Their portrayal of each character’s troubling circumstances contributes to the distressing atmosphere, with fears that feel extremely relatable without the reliance on common supernatural horror tropes. The only exception to this is the appearance of a digital demon whose only purpose is to provide scarce jump scares. There’s no action you can take against it and vice versa, making each encounter more predictable and less frightening as you progress. It fails to provide a meaningful contribution to the more frightening themes of the story, before disappearing entirely without any real reason. Its existence feels unnecessary, shifting Transference’s mood momentarily for no earned reason.

Transference also doesn’t concern itself with commenting on its many themes. It uses these themes to aptly window-dress its creepy setting but settles just before it attempts to explore each of its characters deeply enough. There’s a clear chain of events to follow by the time credits roll, but there’s an unshakeable sense of dissatisfaction with its abrupt conclusion. Each of the characters is robbed of an ending to their story, with only an ambiguous final message that fails to provide answers or raise interesting questions.

Exceptional sound design makes traversing these different realities an even more terrifying prospect. While the FMV clips paint a grisly picture of past events, frequent sound cues instill a greater sense of dread with smartly timed shifts. Benjamin’s cries for help are regularly broken by his screams; his fear of being trapped alone within a space populated by past traumas conveyed in chilling detail. Katherine’s mutterings to herself are juxtaposed against her pleads for freedom–not only from her virtual reality, but from Raymond, too. Whispers and screams fill your ears constantly, creating an unnerving atmosphere that is unrelenting throughout Transference’s three-hour runtime.

Transference is terrifying without a VR headset, but it’s unsurprisingly more intense with one.

While Transference can be played in a standard fashion, it’s also playable in VR, which enhances the experience. Being cut off from external visual and auditory stimuli makes you appreciate Transference’s smart sound design and dimly lit corridors even more. VR support allows you to play with a fully unlocked camera or one that rotates by fixed amounts for more comfort, and the purposefully slow movement lends itself to VR play nicely too. There are no sharp movements that might otherwise induce motion sickness, and additional options that allow you to tweak blinders around your peripheral vision help reduce any negative effects of free motion control. Transference is terrifying without a VR headset, but it’s unsurprisingly more intense with one.

A captivating albeit disturbing setting is Transference’s greatest asset, rooted by strong performances from the cast and a smart approach to storytelling. Transference revels in its uneasy subject matter a bit too much, though, and fails to wrap up its messaging in a cohesive way. It’s an uncomfortable experience that mostly doesn’t rely on common horror tropes, while offering some challenging puzzles to solve along the way.